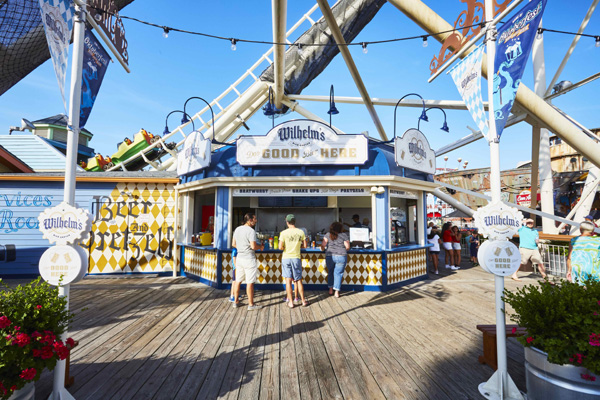 Wilhelm’s is our very own Bavarian wink back to a very influential piece of Morey’s history. Here guests can enjoy German influenced fare along with German and locally crafted beers. Take in the sights and sounds from as you commune around picnic tables in the bier garden. Menu highlights include: Fried Pierogis served with apple sauce and sour cream; Cheddar Bratwurst Sandwich – Bratwurst with mustard and sauerkraut served on a fresh pretzel roll; Bacon Stick – Fried Pierogis and bacon on a skewer. As they say in Germany, Prost!

Drop Us A Line